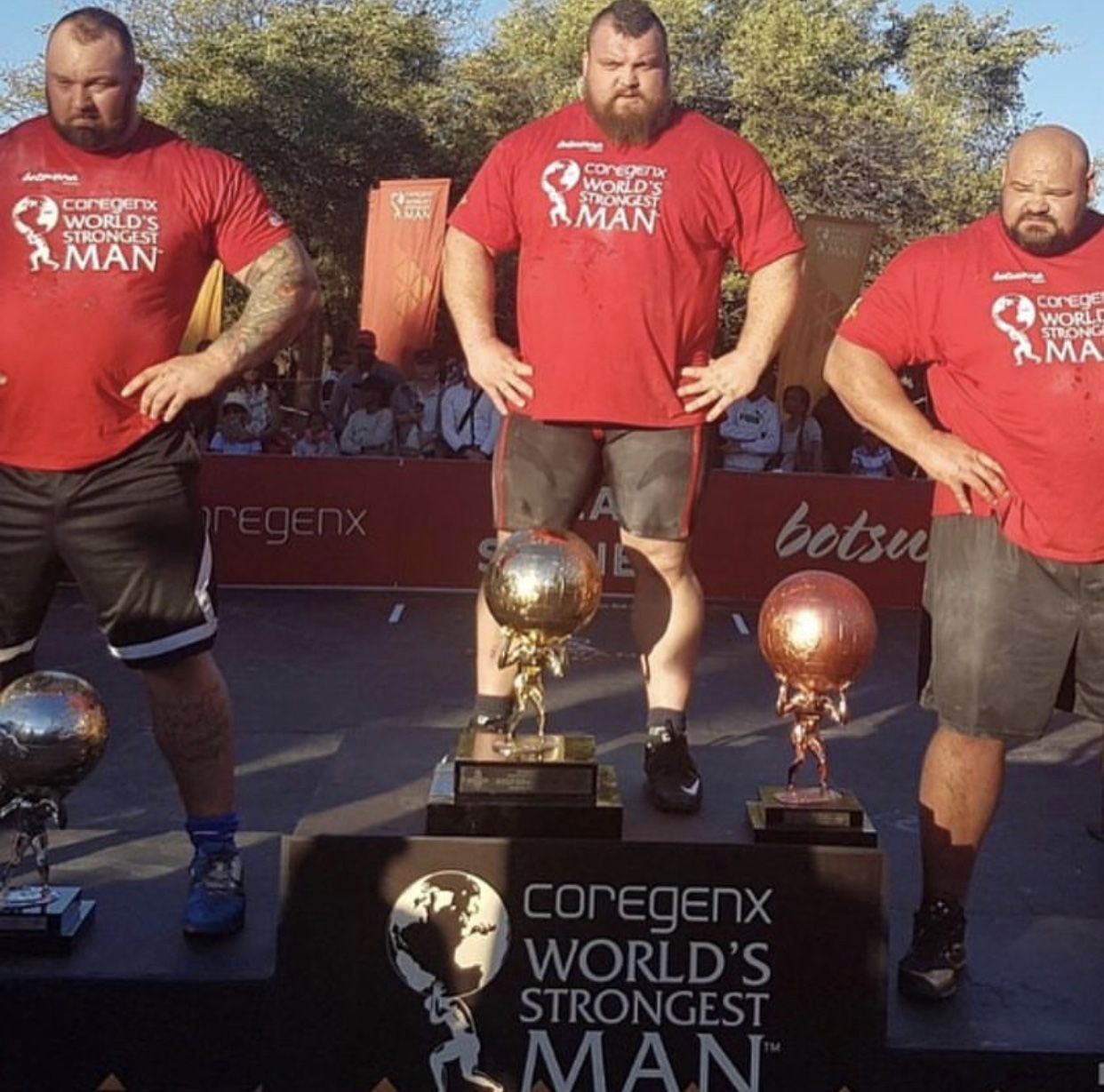 Even if you’re not involved in fitness at all there’s high chance you’ll have heard the news of the new deadlift world record being set on May the 2nd in Iceland by former Game Of Thrones star, Hafthor Bjornsson.

‘Thor’ as he’s commonly known, lifted 501 kg at his home gym, beating Eddie Hall’s previous record of 500 kg which he pulled in competition, in 2016. Obviously this entire story is drowning in controversy and in many way’s is a journalist’s wet dream. They have the debate as to whether Thor’s lift counts as it wasn’t set in competition and therefore the conditions were different. There’s the bitter rivalry between the two men which now looks like it will result in a boxing square off next year to settle their dispute. 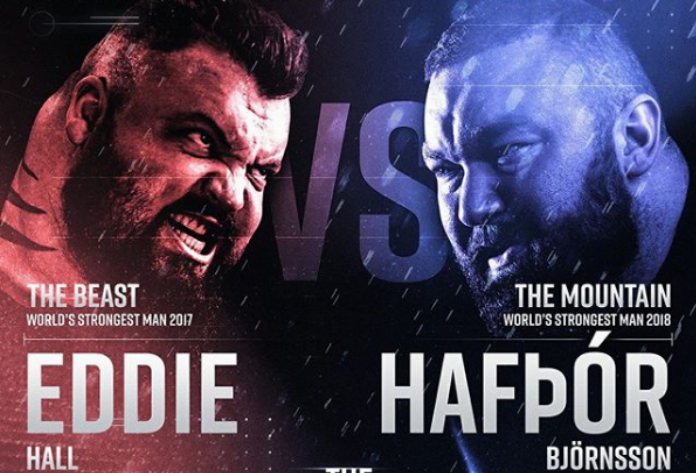 While many people are questioning the worth of such an extreme battle where both guys could easily seriously hurt each other but they both seem as up for it as each other. Eddie in particular seems to have a real point to prove here and most people don’t realise the bad feeling between them stems from Thor accusing Eddie of cheating the year he won his first and only World’s Strongest Man title in 2017.

If we look at what it takes to dominate any sport nowadays we see tons of sacrifice, thousands of hours spent (many could count as being wasted as well), financial support/sacrifice, genetic advantage/superiority, rock solid winning mindset, obsessed focus/traits, skin thick enough to keep standing back up from crushing defeats and the harsh reality of a unfulfilling future/retirement once their competitive years are over……

All of those apply whole heartedly to the strongman world and we’ve not even touched on the massive doses of anabolic steroids all world’s strongest man competitors take – and many other sports for that matter! Suffice to say there’s a reason not everyone can be a world champion and only a few manage it in history. Both these guys have claimed a world title so it should be obvious why they’re willing to go to extremes to stand up for what they believe in. They’re both competitive animals and have reputations to protect/defend.

So think about those very real facts of life before you wonder why both men are so up for beating the other one.

Anyhow, among all the hype and drama surrounding the countless spins on the stories floating about, nobody seems to have every questioned something that I as a coach and all things strength and fitness can’t seem to shake off my mind, and that’s………..

The question of who’s RELATIVELY stronger?!

Yes, world’s strongest man at the highest level has never been weight limited and we love the sheer extremity of plane pulls, car flips, near on half ton deadlifts and stupendous weights being thrown overhead, but for the sake of lifting records, SURELY the bodyweight – weight lifted ratio/equation should be considered?! 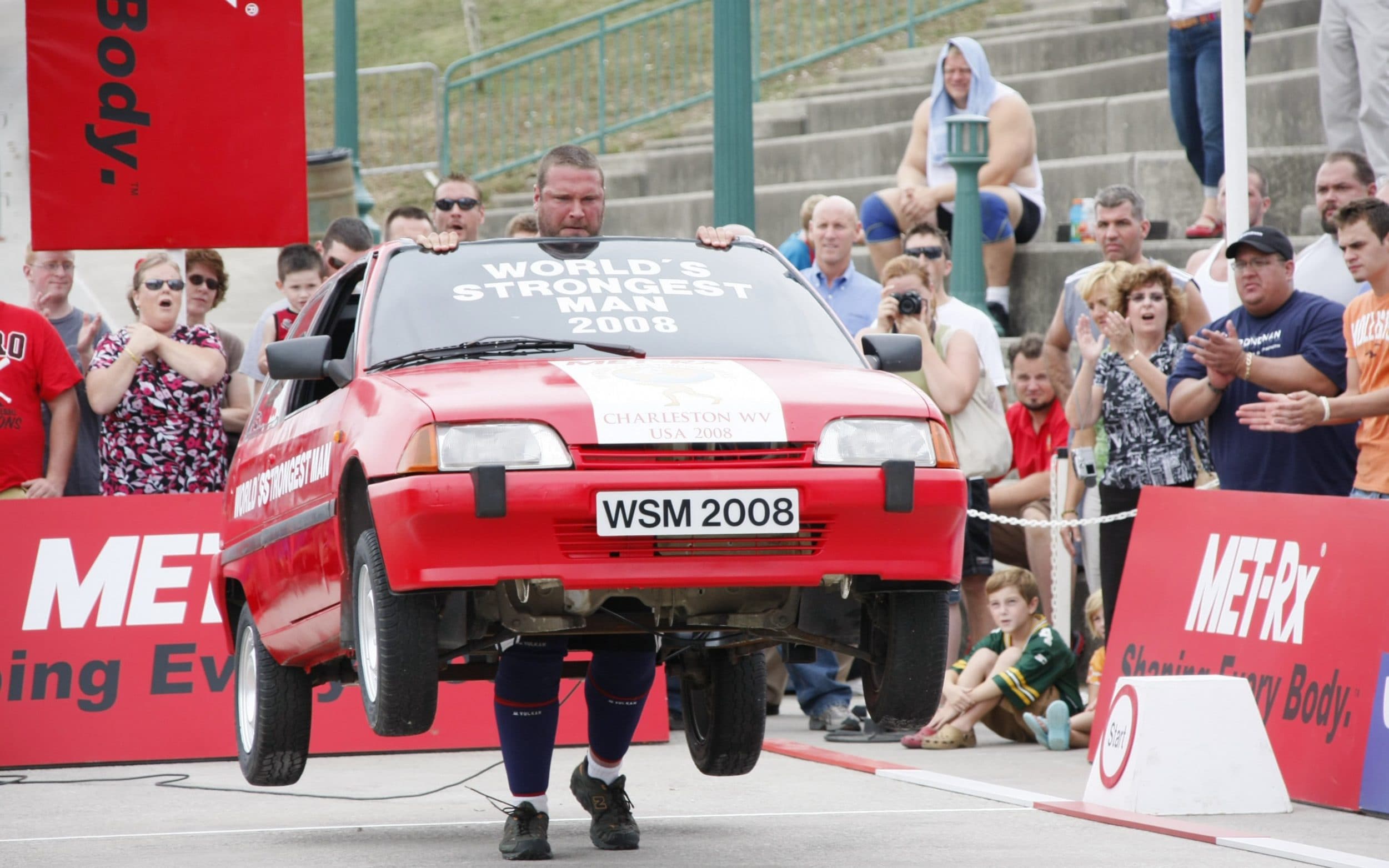 This sparked me to do some research. I wanted to discover who was heavier when they lifted the 500 kg odd deadlift. And if there was a weight difference, how much of a difference?

The height difference between the two men is vast and is obviously going to create a weight difference under normal circumstances. I’ve seen Eddie listed as anywhere between 6’2 & 6’3. Thor is known as ‘The Giant’ and is listed as 6’8/6’9. We can assume there’s a good 6 inches between them. The photo below seems to back me up……… 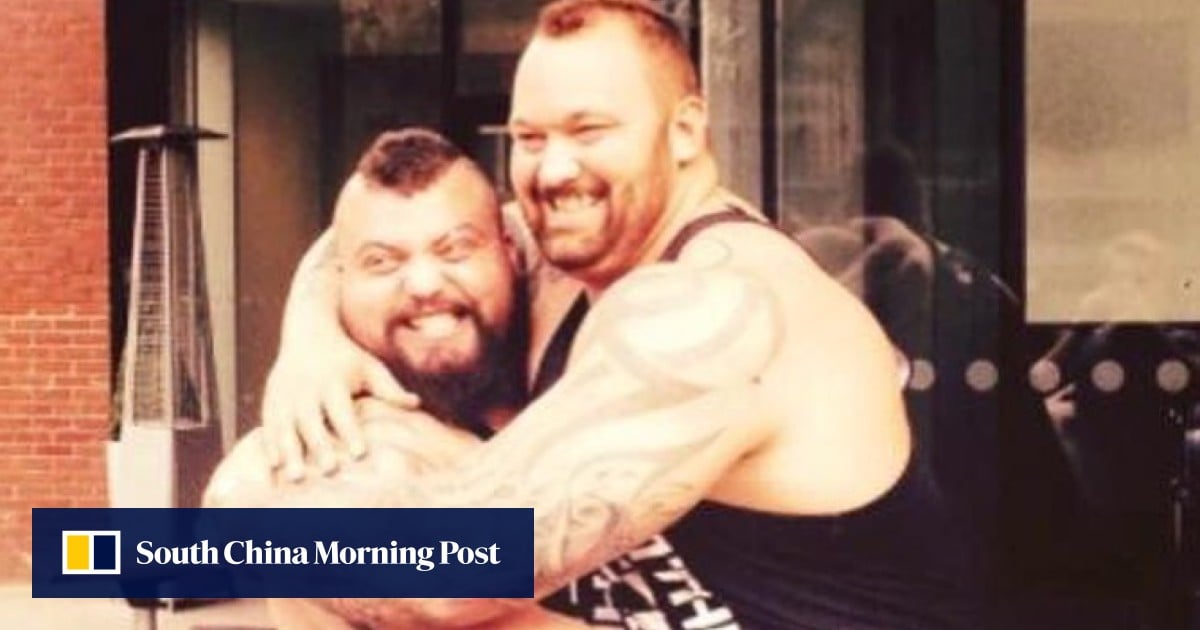 It’s actually tricky to find accurate sources regarding Eddie’s weight at the time. Apparently he weighed 194 kg when he won the title in 2017 and his heaviest ever weight was 197 kg. If we assume he spent most of the time at his peak strength weighing his heaviest, we can also assume he must have weighed 190 kg+ when he hit the deadlift in 2016? A few sources say he was ‘rumoured to weigh close to 200kg’ when he did the 500 kg deadlift.

A google search for Thor’s weight in current times seems to consistently suggest he weighs/weighed 205 kg when he done the 501 kg pull. So it seems he was 10 kg heavier than Eddie despite the 1kg extra on the bar. And while you could be forgiven for banging the hammer down and closing the case there and then, there are more factors I’d like to get into…………

RPE – Who busted their balls the most?

When Eddie became the first man in history to deadlift 500 kg, he did so by breaking the previous record by a WHOPPING 36 kg at the time! These kind of increases at the top level are straight up ludicrous. He passed out straight after the lift and many medical professionals told him he could well have died. But again we see the competitor in him coming out; he was in the moment, he believed he could do it, he’d trained for it and was committed to trying.

But if you watch the lift itself the pull wasn’t all that much of a grind to the spectator; the bar speed was good.

In all honesty from where I’m sat, both lifts look similar in terms of bar speed and exertion. Albeit one was a kilogram heavier but Thor weighed at least 8 kg more when he broke the 500 kg barrier. Before reaching a verdict we must look at some more factors……..

Eddie Hall lifted his (at the time) world record with hundreds of fans shouting his name and willing him to win. They wanted to see history and Eddie delivered! Thor didn’t have anywhere near the amount of people watching nor the atmosphere when he did his deadlift. Sure, he had his nearest and dearest egging him on but not hundreds and hundreds of fans and their energy infecting his veins with extra adrenaline.

Thor himself rather self-assuredly claimed he would be good for more had he been in a competitive environment and it’s hard to disagree…….

But there are two more factors in need of acknowledgement. While the competitive environment seems like an advantage for Hall, there is a drawback: the competitive environment adds a chaotic element in the form of varied and sometimes erratic rest times. Basically, when you’re called to lift, you lift, regardless of how ready you are. When you’re in the comfort of your own gym/home, you can prepare as well and as long as you need.

Eddie Hall called time on a reasonably short but majorly impactful strongman career when he achieved his dream of winning in 2017. Whereas Hafthor is still competitive to this day and won the title himself the year after, in 2018. And many back Bjornsson to win the title this year, should the competition go ahead at all. If Eddie had continued on in strongman, would he have won more world titles? Would he be stronger? I honestly think it’s safe to say he would have improved but we’ll never know how much by, so it is mere conjecture to some extent.

Although 4 years is a long time in strength sports and you would expect evolution. It’s a shame we don’t have some kind of outcome generating software to show us the outcome of hypothetical scenarios, isn’t it? But while that would be interesting short term, it would make life’s unknowns and inner mysteries way less intriguing and life way less exciting as a result. So maybe some things are best left unfucked with.

And the winner is………

When we face facts the winner in my opinion, factoring the pure basis of pound for pound strength, which is how animal’s strength is measured, along with other strength based sports such as Olympic lifting, Eddie Hall lifted 1 kg less but at a weight of at least 8 kg less. Might not sound like much but at those extremes, every little edge counts more than normal!

If he were to do it in competition as well then that quietens anyone’s case for it being ‘easier’ in a home gym. I know many strongman fans will protest the sport isn’t ever judged like that and I know it isn’t. This article was simply for fascination purposes and to outline some extra perspectives on this battle. I personally will always value a relative strength/power to weight marker over an absolute one, anyday.