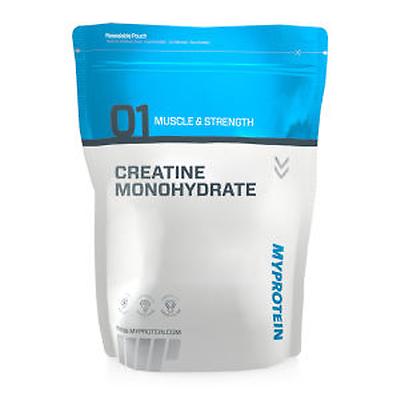 It only took me nearly three years of being amongst the world of lifting weights and being saturated with gym talk to finally bite the bullet and try creatine. I received an Amazon gift card and didn’t know how best to use it, so it dawned on me that I could try creatine.

Like you, I’d read the articles, spoke to all the gym rats and seen all the adverts; how would I fare? Would I be a ‘non-responder’ or would I be swept off to superhuman status courtesy of the magical dust?

The beauty of it all was the lack of risk. If it doesn’t work, you lose petty cash and it allows you to have your say on a vastly discussed topic. If it does, you end up stronger, bigger and converted to the world of creatine use.

There’s all sorts of rumours and dogma surrounding creatine……some of it is widely shared and some is just plain scaremongering. The common ones are it gives you:

And sometimes even just nothing; no results, changes or anything worth noting. In regards to the kidney damage, there’s too many studies showing it doesn’t negatively impact the kidneys – and the evidence is even stronger that when the dose is kept sensible (5-10 grams per day) – the risk is miniscule. Some will also insist you need a ‘loading phase’ in order for it to work faster/better, but I’ve not reaped good results from the dose mentioned above.

I’ll make this post as candid as I can and say that on the first day or 2 of taking creatine, I actually experienced erection difficulties too. I started looking at all the forum posts and reddit threads from those once fearing the same thing. I wondered whether I should abort the mission and stop taking it. But here’s the interesting bit……..

By day 3 or 4, my erections were better than ever!

Even now, as I write this, over 30 days since starting on creatine, my erections and sex drive overall are better than they were for quite a few years. If anyone worried about erection quality and creatine, let me be one who flies in the face of the creatine-causes-erectile-dysfunction rumours.

How about strength, muscle & performance?

Let’s get real here, the ultimate reason you’re looking at creatine is the notion that it could make your workouts easier, build more muscle and get you stronger. So does it? Does it really make much difference?

I think it does. As I mentioned in my review of Calisthenic Movement’s programs, I actually achieved a full back lever a few weeks after starting creatine. Coincidence you may say, I don’t know, possibly. But the ironic thing was I hadn’t done much specific training for the lever up until then, I just tried it and felt strong. A fluke? Not really, because I can still do it now, albeit not for long.

Even in other areas, I’ve made consistent progress and seem to have fractionally less soreness. Don’t get me wrong, this stuff isn’t magic and it hasn’t put loads of size on me or made maximal efforts feel easy, but overall I’d say I’ve noticed a difference for sure – energy wise and recovery wise.

For some reason, most likely due to genetics, some report no response to creatine and others do. So far, I’d say I’m certainly in the ‘responder’ camp.

To summarise, I’d say for the cost creatine is well worth trying. I got a 500 gram powder supply for around £7. If it doesn’t give you many noticeable benefits, it definitely won’t bring you any detriments. I also don’t believe the loading phase hype. I took a simple one scoop per day dose (5 grams).

Do you use creatine, have you ever tried it or do you want to try it?

14 thoughts on “What’s happened to me after being on creatine for a month?” Leave a comment ›

Straight Talking Fitness What’s happened to me after being on creatine for a month?
%d bloggers like this: