‘The Neck pad’ is the official name for a controversial 2 foot piece of rubber. I can’t see out this article without acknowledging the pad’s universal name among lifters: The Pussy Pad. If you’ve never heard it named like so, you’ve not spent enough time in gyms.

Rumour has it you can tell a serious lifter by whether or not they laugh when the affectionate name is used in general conversation.

“Did you see Bill squat a new PR the other day?”

“Yeah, but he used the pussy pad so it doesn’t count.”

“I know. I really can’t fathom why people feel the need to use such a thing. It’s unnecessary.”

First and foremost, if it weren’t for the presence of the pad, I’m sure we’d lose at least half of the world’s ‘squatting population’. The imminent neck pain would force a retreat to leg pressing, leg extensions and the like.

Why does the pad keep so many in the game? Neck pain. Or, shall I say, pain in the cervical column due to the compression on the joints from the load of the bar – namely where the thoracic vertebrae meets the cervical vertebrae. 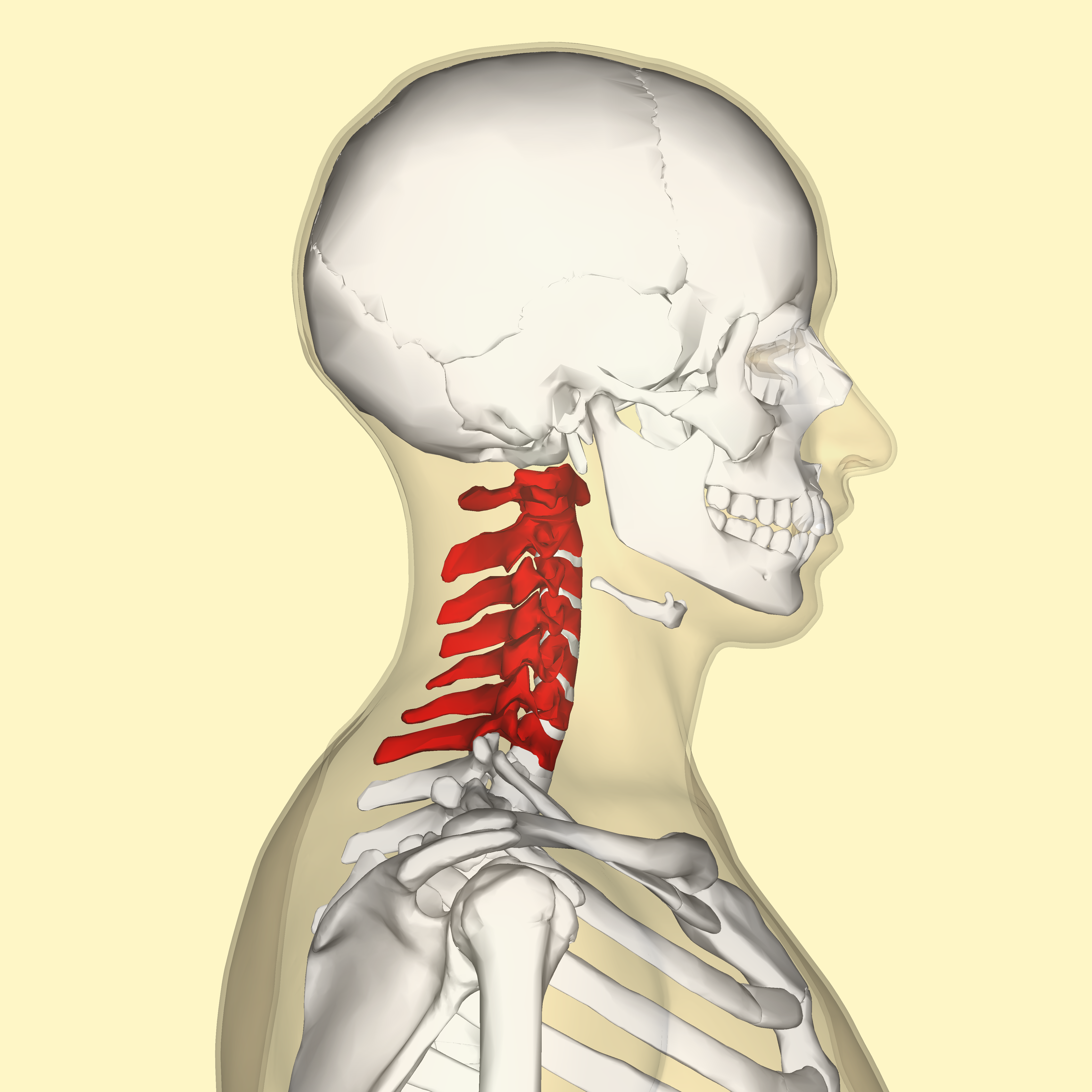 Isn’t this normal though?!

Absolutely not. Regardless of what a fellow ‘pussy pad user’ tells you, neck pain and proper, mechanically correct squatting NEVER belong in the same sentence. Never. Squatting with faulty technique is often associated with things like neck pain – not only that, but lower back pain too. As you’ll see, very often these two hiccups are connected.

The fix? Upper back tightness.

Whether you’re a high bar squatter or low bar squatter, everything about to follow still applies. It even applies for ‘hybrid squatters’; those who squat with a blend of the two. Correct execution of both styles require a common denominator: Upper back tightness.

There’s a stark similarity between both pictures, you should already be able to identify it; the elbows are down and back, the upper back musculature is engaged accordingly, and the chest is ‘up and out’. There’s no collapsing of the chest and no thoracic flexion. This is creating the ‘shelf’ you hear so much about.

Doing this is crucial for more than just comfort reasons. Maintaining thoracic extension throughout descent and ascent is vital in exploiting the full benefits of squatting from a muscle stimulus perspective. When the chest collapses, the trunk flexes. As this happens, where does the load get displaced? It shifts forward.

When the load ends up in front of the centre of gravity, you’re in a position of mechanical disadvantage. In this case, what was intended to be a squat becomes a good morning – or more like a good morning than a squat.

(bodybuilding.com) – Notice how far the bar is in front of the mid-line of the foot

I’ve used this image before. Notice regardless of styles, all adhere to one law: the bar remains over the centre of the foot

The good morning is a posterior chain exercise, but primarily a lower back exercise. As the hips travel back and the load travels forward, the lower back is forced to work harder. It’s this hip shift which is often unbeknownst to the individual that causes excessive soreness in the lower back from squatting.

Optimally, the bar should rise simultaneously as the hips do. This is why the common cue of “LEAD WITH THE CHEST!” is used far and wide. However, try and lead with the chest without upper back tightness; much harder. Nye on impossible.

I am far from a mass monster and owning massive traps, yet I can high bar back squat over 1.5 times my bodyweight without a pad – and more importantly, pain. Furthermore, I’ve often loaded up the bar to somewhere in the region of 500 lbs and stood with weights far beyond what I could squat, just to show people, in person, that the upper back region can support HUGE loads when engaged correctly.

(dreamstime.com) – you GRIP the bar. It doesn’t rest in your hands

And it’s all to do with grip. The narrower the better. The closer you can grip, the tighter you can get your upper back muscles. How close you can grip will depend on how much external rotation you can achieve at the shoulders. Many people who’ve spent years training chest at every opportunity are forced to grip right out near the sleeves – that’s what unintelligent training does, causes muscular imbalances that create immobility in crucial areas.

(powerliftingtowin.com) – grip out near the sleeves versus a closer grip

This is why it’s so important to maintain good shoulder mobility and mechanics. A good exercise you can do daily is shoulder dislocates with an exercise band, a broomstick or a PVC pipe.

(jmaxfitness.com) – shoulder dislocations with a band

These should be the ‘bread and butter’ of any good pre-workout warm-up routine.

Here’s your blueprint for never needing the pussy pad again. Regardless of high bar/low bar positioning, you want as close a grip as your shoulder flexibility allows. If you go so close and experience joint pain of any kind, it’s too narrow. Widen it a touch.

From there, it’s time to apply pressure into the barbell – grip tightly. You’ll find this naturally causes your elbows to point down instead of back and up.  The more vertical the elbows, the less the wrists are strained as they’re not forced into over-extension.

The elbows should remain as neutral as possible throughout. A good cue for this is to consciously push your chest out at all times. The pressure applied through the grip is to remain constant; from the unrack position to the ‘hole’ position at the bottom. From eccentric to concentric, you’re trying to crush, and rip apart, the bar.

This will give you a whole new world of tightness that the pussy pad cannot match.

Is it OK to use the pussy pad for squats?

No longer. You know better now. Get it done.