What was once considered an ‘underground sport’ is now appealing to everyone – are your parents powerlifting yet? How has powerlifting made it’s way up the popularity ranks? Let’s have a look! 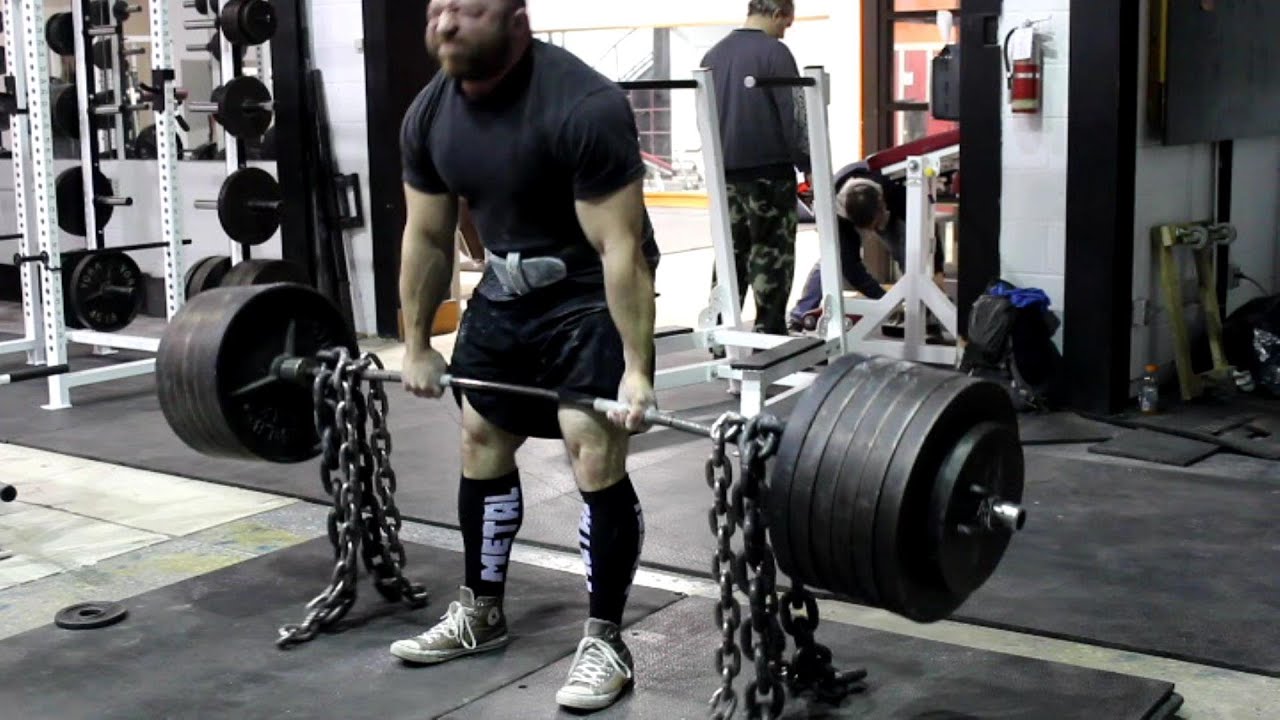 Powerlifting is a maximal strength sport, or perhaps worded formally……a form of competitive weightlifting in which contestants attempt three types of lift in a set sequence. Putting aside rules and federations for a moment, we’ll outlay the principles of powerlifting (for the oblivious).

In many ways powerlifting shares various similarities with another time-tested sport; Olympic weightlifting. Both have few movements, both are decided by a combined total, both have a judging panel. If a judge is happy the lift was performed and executed satisfactorily, they give a white light. If not, they give a red light. Simple.

EVERYONE admires a display of strength

Strength is easy to relate to. You don’t need to have experience in the field in order to know how hard it is to move a car or pull a truck single-handedly, but ultra high skill sports such as Tennis, Snooker, Darts – especially played at the highest standard – demand just as much specialism. People watch the latter and muse…..“I reckon I could play close to those levels. How hard can it really be?!”

As far back as biblical times, strength was still associated with status, authority, significance and notoriety. The legendary tales of Samson are evidence of this. Samson was supposedly given supernatural strength by god in order to defeat enemies and perform heroic feats of strength.

We needn’t travel back through history as far to see more examples of strength sparking admiration and fascination among the masses. Take the tales of French-Canadian strongman Louis Cyr. Cyr was born in 1863 and lived until the early twentieth century. He grew up as a very strong boy and was outperforming grown men in strength contests and even in general farm labor. This soon caused folk to talk and legend spread of this strong young man.

Louis grew stronger and stronger as he matured into adulthood and soon enough, he was making a living performing jaw-dropping displays of strength to awe-inspired audiences. He would compete, and triumph, against all other strongmen who stood before him. His strength gave him almost everything he ever had; his wife, the opportunity to travel, food to fuel his inordinate appetite and a place in history as some deem him ‘the strongest man who ever lived’. 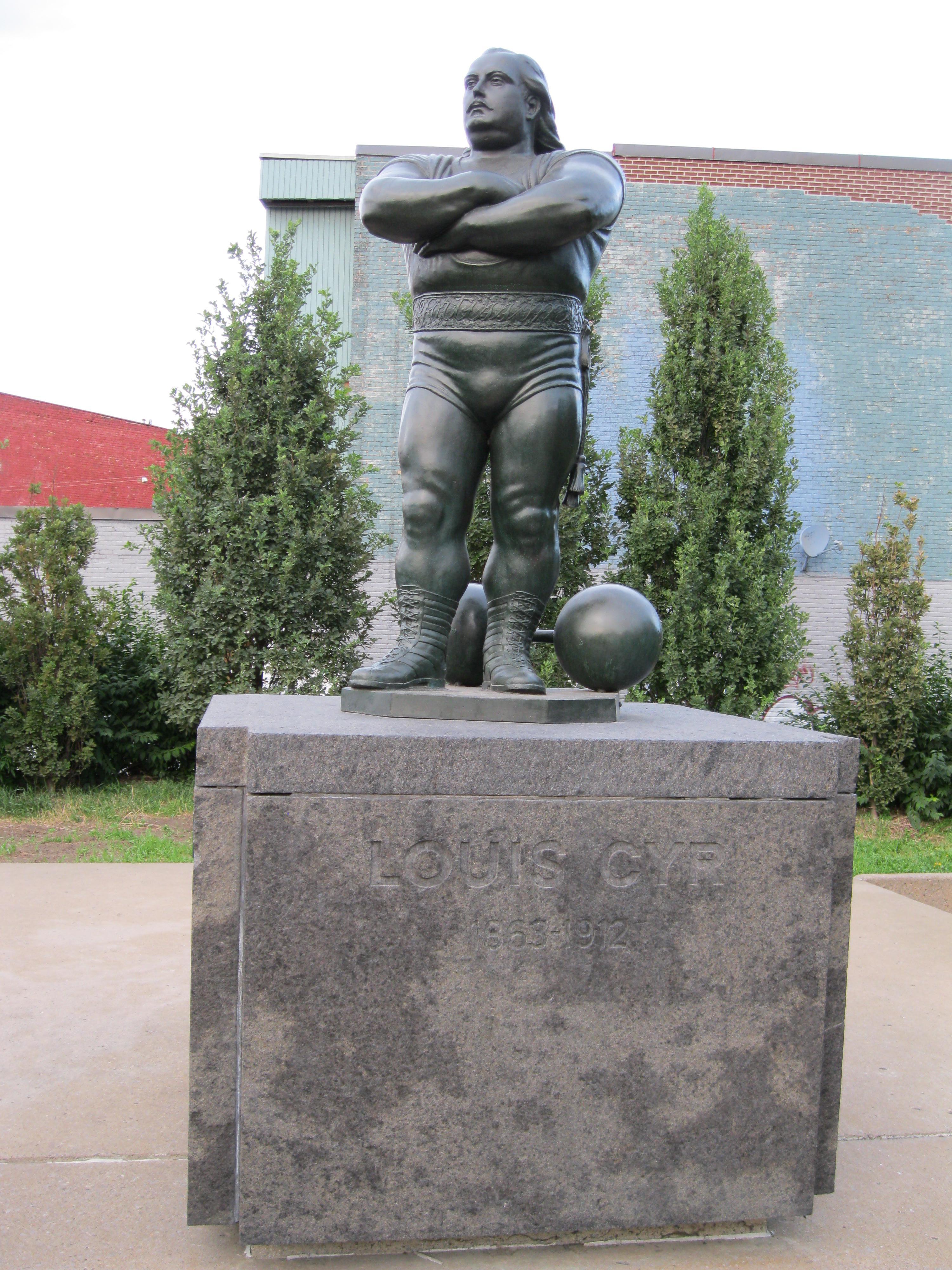 Commemorated in stone, the famous statue of Louis Cyr in Quebec

Ironically, I read virtually all there was to read on the great man many years back when I had yet to find my way to fitness, training and all things health. If that’s not a fitting example of strength interesting those far out of the typical target audience brackets, nothing is. (I’ll post some reading resources regarding Louis Cyr at the end of the post, for those interested)

Those sentiments apply just as firmly as always for other species. The males fight it out to win the female’s affection. You fight for your food; you hunt it. Can’t kill it? You go hungry. Despite the advancement of human evolution, we’re still hard-wired at our core to want to win, to outdo the others, to come out on top, to stand out. We still have those animalistic desires deep down. It’s these, I believe, that keep us appreciative of feats of strength long after the physical demise of men like Samson and Louis Cyr.

I seem to mention social media in every other post I write. For once though, I’m going to acknowledge where social media can be positive. Many immensely popular Youtube and Instagram figures are heavily involved in powerlifting and/or owe their success to it one way or another. Take CT Fletcher, he wouldn’t be who he is today if it weren’t for powerlifting. Mark Bell, who starred in the movie ‘Bigger, Stronger, Faster’ is a powerlifter to this day. His Youtube channel features a plethora of powerlifting legends, world record holders and upcoming stars of tomorrow.

Representing the women……….’Chelsealifts’ has stormed to popularity recently with her Youtube channel, and she’s actually competed in powerlifting. She also has impressive lift numbers! And to go with it, a great aesthetic female body. Girls like these aid the war against toning myths and misconceptions. 50 rep sets of tricep kickbacks with soup cans never built a great feminine physique.

Throwing some weight on the bar did.

The collective followings of figures like these allows their message to reach thousands – millions even. If they’re showcasing the benefits of powerlifting, it’s no wonder the sport is becoming more and more popular.

‘The big three’ as they’re affectionately known; The squat, deadlift and bench press. The reality is, a strong and aesthetic physique can be built solely from these movements alone. These movements involve a multitude of muscle groups, they are ‘progress-friendly’; improvement is easy to recognize. Who doesn’t like setting a PR on any of those lifts? The basic simplicity of the featured movements is yet another factor in the appeal of powerlifting.

We hear it perpetually, I’ve preached it plenty………….how can you get what you want if you don’t know what IT is? Truth is, it’s very difficult in this day and age to summon the clarity to fully determine what we want, and often times it changes over time. You don’t want to be an astronaut anymore right?

By committing to a powerlifting meet, you have a goal automatically. Everything is simplified: You need to produce the highest numbers across the three magic lifts. Everything else is irrelevant for now, bliss! You have a training goal. The next 12 or 16 weeks of meet prep fill you with excitement; just how strong can I get? Get me in the gym now!

The beauty of lesser known sports and activities is those who compete are usually highly passionate. Very rarely do people gravitate to these sports as a result of ‘sheep syndrome’. Which is a reference to those who try to mask their lack of self-identity by jumping on whatever bandwagon is popular among those they know. Usually with ‘underground’ sports/hobbies, participants find their own way to it.

With powerlifting, this is just as evident. Competitive powerlifters LOVE their sport. Love is the most powerful emotion we have. Passion and love is infectious. It breeds productivity, enthusiasm and action. Hate and negativity is powerful and can do the opposite, but a heart full of hatred can never outshine a heart full of love.

Powerlifting is a community-based sport. Despite technically being an individual sport, there’s still a strong smell of ‘team’ in the air. If you’re passionate about training and self-improvement, why not try and find like-minded individuals? Many people have made friends for life from taking up powerlifting competitively.

Popularity, despite the lack of substantial financial reward confirms this is a sport based on passion, enjoyment and love.

Prize money in powerlifting is very scarce – similar to strongman, you can seldom earn a living purely from your sport. Regardless of whether this should or shouldn’t be the case, it does show that success in these endeavours isn’t born from materialistic desires.

Is this good or bad? I’m not sure. Maybe the purest powerlifters will resent their sport becoming commercialized. Only time will tell where the sport of powerlifting will find itself in the next ten years or so.

Is it just a phase the fitness community is in, or is powerlifting headed for big things?

Whatever the case, one thing is certain………..

Powerlifting is a great sport.

2 thoughts on “How did powerlifting become so popular?” Leave a comment ›