Feminism is taking a global sweep across the world. Women’s rights have become as big an issue as ever before and while I’m all for equal rights for women and men, there’s a stark difference between equality and the extreme world of feminism and its gynocentric properties.

See, men and women are different. They’re different biologically, hormonally, sexually and in many more ways at the most fundamental level. This is hard wired, as in so hard wired it’s deep in your DNA. But the extreme feminists will have you believing this isn’t the case; they’ll yell in your face until you’re forced to agree, otherwise you’re ‘being sexist’.

It’s easy to forget with how far humans as a species have come, that we’re animals too. We’ve enjoyed such a rich evolutionary journey we almost arrogantly seem to forget this FACT. In the animal kingdom there are two main priorities irrespective of the species in question: survival & reproduction.

Survival is dependent on food (and to an extent shelter/protection) and reproduction is dependent on sex and mating. Humor me as I state the obvious but successful mating involves the union of the male and the female. What draws the male and female to each other are the inherent differences between the two.

Paradoxically, while there are many similarities there are also just as many differences and we’ve come this far with the presence of these differences, so I beg the question: why does this need to change?

Before you bang your fists at the screen and say women are equal and deserve to be treated equal, let me calm you down by agreeing completely with such a statement. I’m in full support of equal pay providing equal workload/skillsets are present. I’m also in favour of women having the same freedom as men and the same rights as men, so relax.

Furthermore, I’m in favour of celebrating the differences between men and women, instead of trying to make it a fruitless competition where women are trying to one up men. Biologically speaking the male is hard wired to reproduce with as many females as possible and the female is hard wired to reproduce with the very best male she can find. These are her maternal instincts coming to the fore.

Feminism and the gynocentric society trying to strangle us today is leading the modern woman to think she can be a man and do everything a man does/wants to do. The issue with this is, her deep rooted desires and instincts will never be that of a man because she’s not one. And you’ll disagree with me and say I’m wrongly speaking on behalf of women but we’re so brainwashed by society nowadays, is your version of reality even reality or just what you’ve been fed?

Complex question but one you must answer if you want to be truly happy.

If your DNA is pushing you one way but the mass voices of the modern world are pushing you another way, what do you get? Inner conflict. What emanates from inner conflict? Deep unhappiness. How many girls do you know that go out, playing the field sleeping with many guys and are so messed up and unsure of who they even are let alone where they want to go or who they want to be?

‘YOU CAN’T SPEAK FOR ALL WOMEN, THOUGH!’

Granted there are exceptions and there always will be but society as a whole is moving this way more and more. Don’t believe me? Trail through reddit or any other help forum. Check out YouTube and how popular videos on ‘understanding women’ are with the modern man nowadays. Does the male have a role to play? Absolutely. The modern man has become so emasculated by society he doesn’t know how to be anymore!

Feminism has neutralised sexual polarity. You have masculine energy/essence and feminine energy/essence. With the rise of the binary/be-whatever-you-want-to-be nonsense train, it’s no wonder the lines are blurred. I was first exposed to any real depth on the subject of masculine/feminine energy courtesy of David Deida’s great book, The Way Of The Superior Man. In which he makes the argument that regardless of heterosexual or homosexual relationship success, sexual polarity MUST be present.

This is why men no longer know where the line is. How much pursuit is masculine/ALPHA? How little pursuit is feminine/BETA? How much pursuit is simple pestering? We live in the ADD attention span society where we get bored in a matter of minutes and start window shopping. There’s no time to ‘take it slow’ anymore; do that and you’ll find she’s with another guy but it won’t be her who tells you. On the contrary, be too forward and turn her off. So basically you have a tightrope to walk on and you’ve only one life. There’s no special mushroom to swallow to give you another chance………… 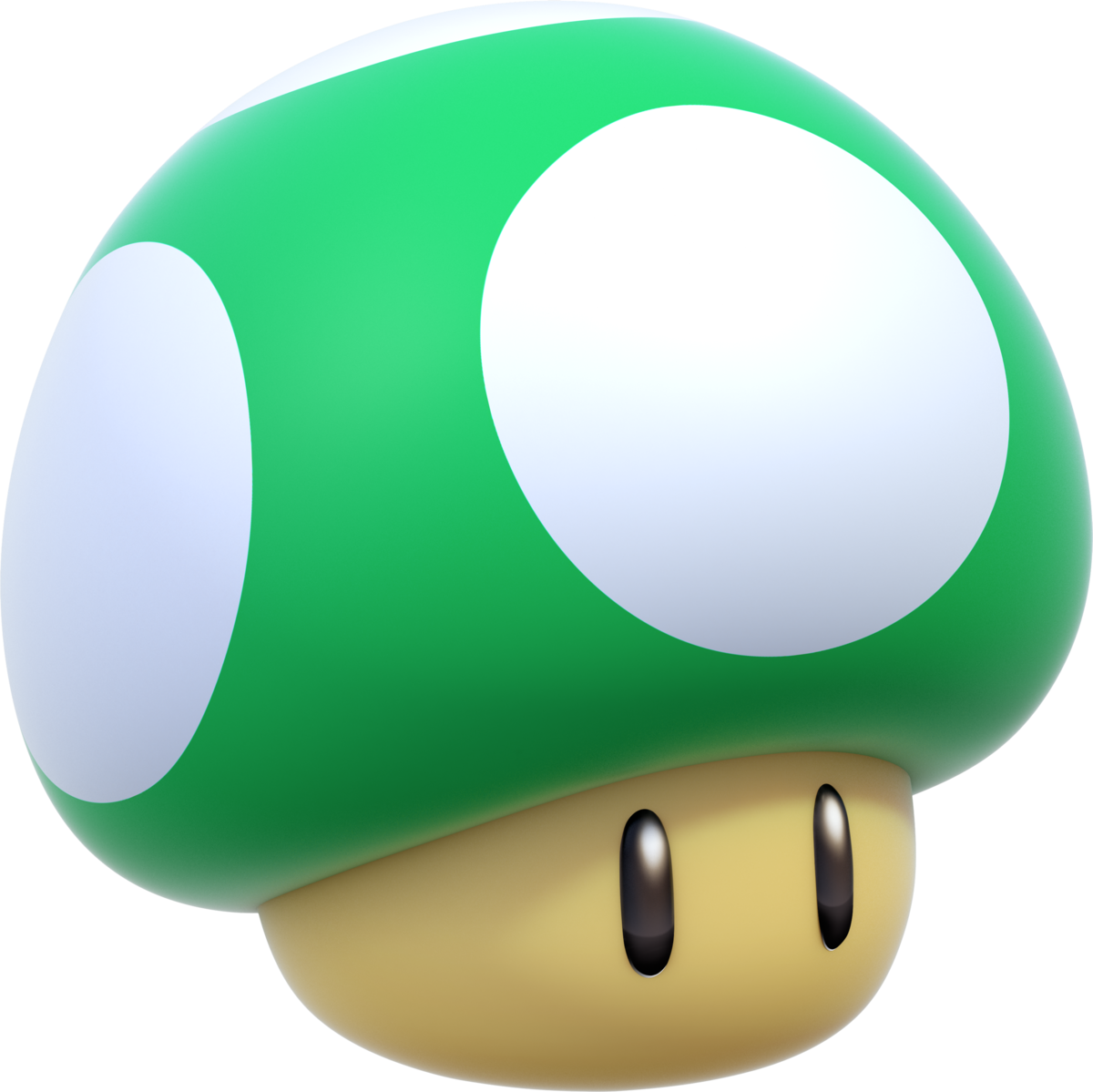 What to do about it?

To some extent it’s ‘adapt or die’; there’s only so much stand taking one can do BUT knowledge is always power. Simply possessing a deep understanding of things allows you to formulate your best personal approach. Act as your inner being leads you. Don’t change. Don’t dumb down your personality or character in the hope it will make you more popular because we all know what will happen…….you’ll exhaust yourself in the process trying to keep up appearances.

I was with a girl a while back now who started out painting me this picture of literally the perfect girl being under my nose all this time, to then find out 3 or so months down the line, she wasn’t anything like what she’d sold herself as. The facade eroded, the lies crept out and she was exposed.

Know what you want and what you stand for and seek it out. Search deep within and decipher your core values and heart’s desires and make that clear to the world. Move and act with purpose.

A world of distractions

Our dwindling attention spans certainly aren’t helping us either. Statistically speaking, the human attention span was 12 seconds as of the year 2000 – which is shockingly poor considering the lack of distractions back then. As of 2015 it stood at 8 seconds which is actually a second LESS than that of a goldfish! Check the infographic below…….. 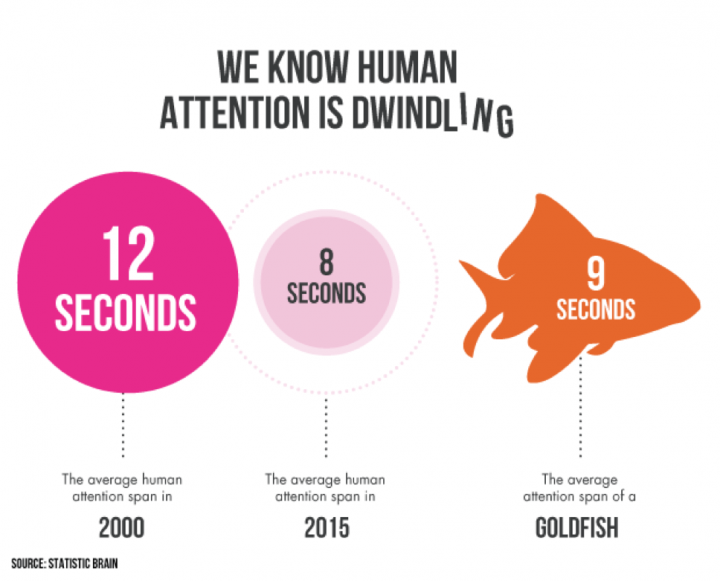 We’ve literally trained ourselves to not be able to focus on any singular thing for any real time at all. 8 seconds is as good as negligible in my eyes. You might not think this is correlated but your daily habits feed your subconscious and if there’s one thing the human brain is good at, it’s learning through repetition. Get in the habit of looking for new stimulus every second and you’ll do it automatically in all compartments of life.

Never before have we been so aware of what’s out there than now. Significant other pissed you off? Go and cosy up to the next person in your inbox or seek the ‘treatment you deserve’ from someone else.

It’s too easy nowadays. It’s a throwaway society we live in and this applies to material things, people, all sorts. Couple this with the loss of gender polarity and you get a nasty mix making modern relationships virtually impossible.

There’s a reason minimalist living is becoming popular: it keeps us happier because it is simpler. The world of information has overwhelmed our brains and made us more susceptible to noise than we even realise we are. When you reduce, remove and simplify, you restore happiness because you’ve restored clarity.

Why can’t we celebrate women for their feminine qualities and celebrate men for their masculine qualities? Then why can’t the two come together and enhance each other’s lives? Or maybe I’m just an old fashioned bastard who needs to move with the times? Then again with times as sick as these I think I’ll keep living in a way that seeks and promotes simplicity and contentment.

I’m all for a woman being successful, smart, funny, independent, running businesses and leaving an impact on this planet just as much as any man could. But she can still do all that by being just what she is, a woman. She doesn’t need to be a man to do it.