Saturday December 7th saw an amazing battle at Crossfit Aldgate East, London. The legendary Lee Wade Turner organised a competition for all the participants at his numerous classes across London throughout the year.

It was max reps in a 2 minute window and reps were accumulated. All reps needed to be from a straight arm position (locked out on dips & push ups, dead hang on pull ups & muscle ups). The goblet squats were to a slam ball to standardize the depth. If you ask me, this is what max rep comps should ALL be like. I’m beyond sick of seeing max rep counts where people are allowing half reps and pulsing to count as ‘reps’.

For this reason there was a strong judging panel, as you’d expect as Lee is all about form himself and has competed himself many times over the years.

I actually only went down to spectate and soak up the atmosphere. It sounded like my kind of gig and a great way to spend a Saturday afternoon! Upon arriving, Lee told me I couldn’t compete as it wouldn’t be fair. I assured him I was only there to spectate and he offered me the chance to judge the event…….

I was stoked. To be joining the likes of Lee himself, Greg Cornthwaite who is a big name in the London calisthenics scene and Terry aka (Turboreps) – another INCREDIBLE athlete with a seemingly unlimited arsenal of skills & strength at his fingertips was a true honor.

There were at least 50 people at the event and around half of them were competitors. Before kick off Lee had the judges get the atmosphere going with some nice bar flows and motivational stuff. This was so cool but caught me well off guard. But it was incredibly humbling having to follow on from Lee and Terry, knowing you’ve not got anywhere near as wide a skill set.

The standard was amazing as the winner from the women’s could rep out strict bar AND ring muscle ups – a feat rarely seen! The men’s side saw multiple reps of muscle ups on both apparatus as well, with some nice explosive power on display. 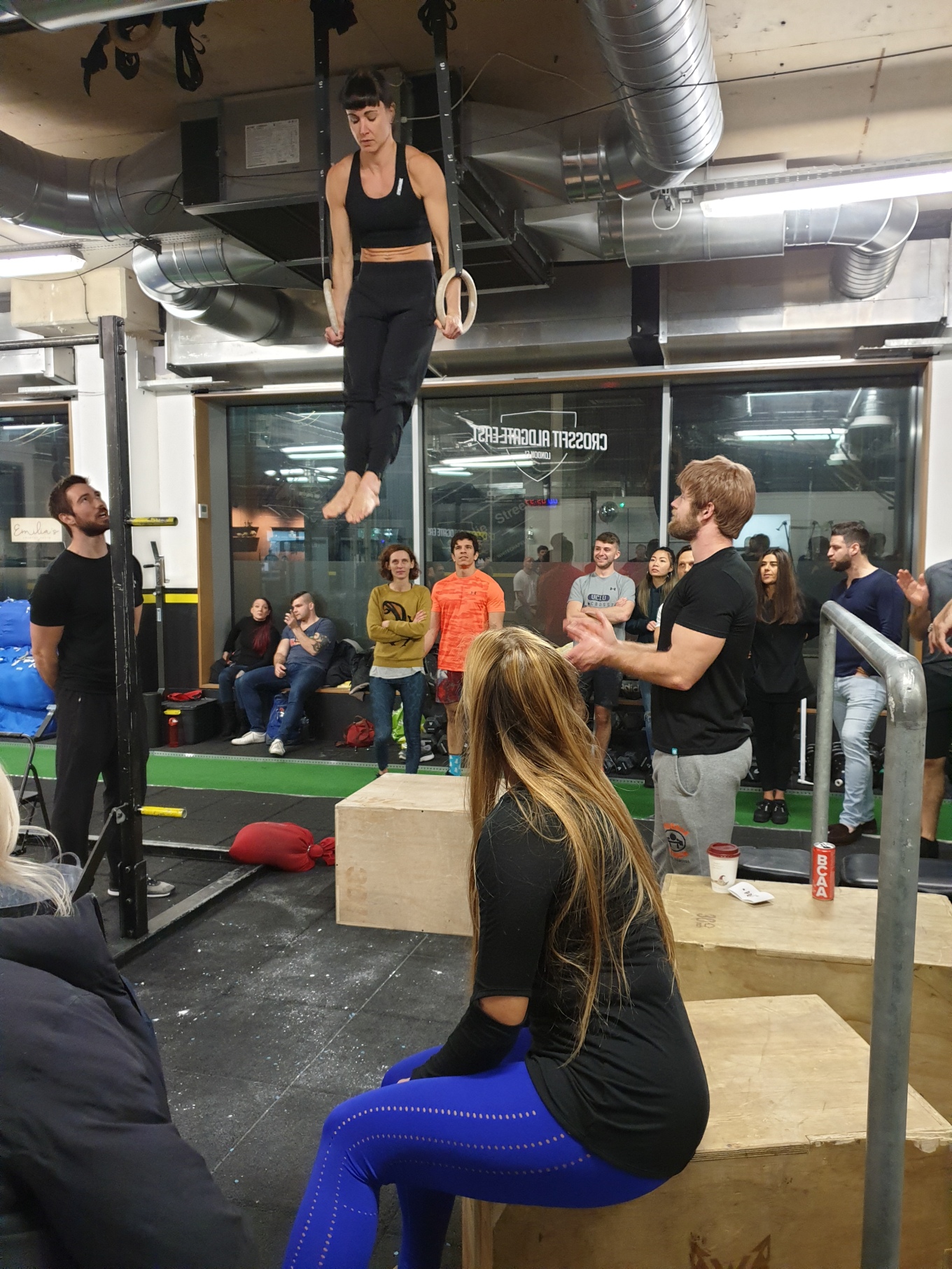 Dips were also very competitive with the top score for men being 40 reps and 31 for the women! But in all honesty, speaking as a judge, the women’s form was actually better (in terms of overall consistency) than the men. Even when the fatigue kicked in, the girls kept their form machine like, whereas the guys would struggle to lock out and not hit minimum depth, sometimes.

The push ups were deceptively tough as the numbers show; 27 being the winning score overall. As the exercises were played out in the order of writing, people had their reserves drained come this point. From then on, it was just the goblet squats left to do…… 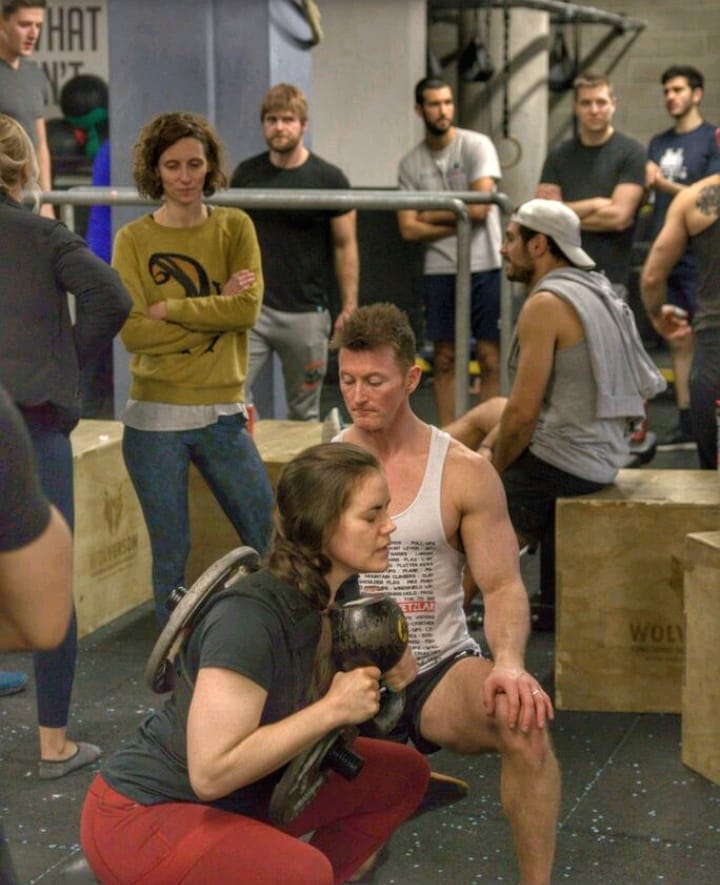 The atmosphere and event was oozing with inspiration and the venue was awesome too – shoutout to Crossfit Aldgate East! Lee kindly provided free drinks and protein bars courtesy of his sponsors, Icon Nutrition & Battle Oats. A massive congratulations to Jack Hellowell who took first place for the men’s event and to Vee who won the women’s. Big shoutout to Paulina Day who came in second for the women’s – was good fun chatting shop with you and it took me a moment to realise you’re coached by the legendary Solo of PnP Fitness (haha)……….one of those ‘oh I know you’ moments.

Regardless of winners, all competitors inspired as there was lots of thought provoking questions, pushing through self perceived limitations and just a general hunger to push their limits. Well done to everyone who took part!

And again, great chatting shop with Greg and Terry. Always a pleasure to share experiences and ideas and these guys both have a ton of training AND coaching experience, so it was a real gift for me to pick their brains!

So there you have it, a bunch of standards to aim at for your own performances. There will be a rematch in 6 months time to mark the summer. Who will win? Who will work the hardest? And who wants it the most?