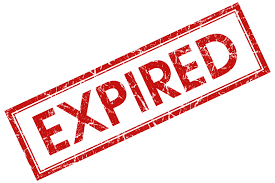 If you’re not following a program, be it designed by yourself, a trainer or one you picked up online, fix that before you read further.

I like facts on this site. Here’s a concrete fact: Those not following a plan of any form, will always be trumped by those who are.

That said, a common conundrum is, just how long should a program be run?

It’s a tricky question. Obviously some programs have built-in progression schemes that see a shift in movements, volume, intensity and more variables. Usually in 4 week intervals, although some may alter variables much more frequently – usually programs geared towards the more advanced trainee.

Programs with in-built progression and periodization, obviously have a longer potential shelf life. .

If you’re on a more basic program however, like linear 5×5’s, 3×10’s and full body workouts that work on a ABA/BAB rotation basis…..(BRILLIANT beginner workout structures!) Then, depending on already clocked up mileage or experience, you may have heard you must consider expiry dates.

I would like to stress though, this ‘expiry date’ is further away than many think. Not only that, but I have an effective strategy to prolong the youth of your routine……….

Simply setting blocks of time (example: 8 weeks) which you rotate between a great, long term, beginner style program blessed with simplicity – and a shorter program with less intensity. There are some great bodyweight programs and hypertrophy style routines around. They’re not too ‘long term’ either.

Mainly to avoid stagnation. Physically and mentally. I am forever touting on the importance of being immune to ‘ADD syndrome’ with fitness. Where you can’t comprehend the idea of doing the same workout twice. By the same token, doing the exact workout 10,000 times won’t cut it either.

This approach accommodates all types, the easily bored, can’t sit still character. They now know if they just see out a 6-12 week period, they’ll have something totally different awaiting them. There’s some incentive. Even steady Eddie will find solace with this approach, he may think he can plod along for 6 months continuously on the same routine, but has the critical drop off point already occurred?

Even the most tolerable of people will do well to stay productive doing the exact exercise routine for much more than 16 weeks – especially consecutively.

I’ve ran a classic 5×5 routine for 16 weeks straight once upon a time and while I could have milked an extra 4 weeks or so more, I was gladly welcoming a week off, followed by the arrival of a different routine.

Practical applications for you –

Consider using 2 slightly opposing routines (strength vs hypertrophy) or even H.I.I.T. cardio vs steady state……..whatever you’re into. And alternate back and forth between 2 routines at set/planned intervals. I’d encourage intervals of anywhere between as little as 4 weeks, and a maximum of 16. Most will struggle to make consistent progress for that length of time anyhow. But, if you are still making progress – and enjoying it – keep doing what you’re doing. Kudos to you.

You’ll find this slows down the adaptation process (this is great), and will encourage your program to offer more long-term results. Instead of needing excess variety in the form of 10 programs across a year, you may only need 2. Subsequently, you’ll be able to really zone in on dominating those programs. There’s also a hybrid training effect to be enjoyed using an approach such as this.

Note: It’s not mandatory to employ an equal ratio between alternations. You may run Stronglifts (for example), for 12 weeks and a bodybuilding routine for 6. Rinse and repeat. Play it by ear a little, subjectivity gets lost too often with fitness advice.

With that said, I’m off to run a bodyweight-only program for the next 4 weeks! The Complete opposite to what I’ve been doing. Should be fun. That’s the magic word. Hard and fun are compatible. .

If the fun leaves the building, you’ve got to find ways to get it back; change things up.