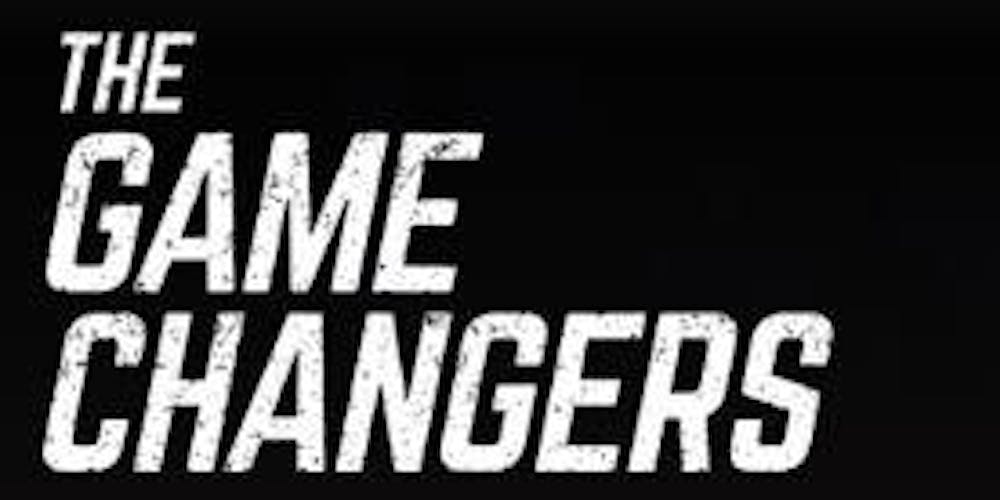 It’s time to channel down the rabbit hole and weigh in on the documentary that’s caused more uproar than politics as of late. I was asked my opinion on this by numerous people and while I’d written a detailed slide sequence on Instagram stories, I figured a full article was in order; where I can talk completely reign free.

The Game Changers is a documentary available on Netflix that’s supposed to go into scientific detail as to why a plant based diet is superior to a meat based one. Of course, in recent times this question splits opinion more than so many of the timeless debates such as ‘Does God Exist?’ ‘Are Men And Women Truly Equal?’ and ‘What’s The Meaning Of Life?’

Before we go further I’d like to say this post won’t contain loads of science references and evidence trying to debunk the documentary, that’s already been done. And if you’d like to read more of that, Layne Norton’s 10,000 word article on the matter is a must read! (HERE)

One thing that’s quickly apparent with Game Changers is the lack of suggestion that’s instead replaced with passive aggressive ‘evidence based’ claims regarding meat being downright bad for you. This alone should have your eyebrows raising as true science is never so one-sided.

The obvious cherry picking was clear to see for even the blissfully ignorant viewer with so many people wondering how true the claims were. Scaremongering is nothing new and has been around for centuries. It’s a powerful persuasion tactic as it sparks an emotional response and whenever there’s emotion, there’s less room for logic. If you get hit in the face with a sledgehammer you’re going to be focused on the pain for quite some time before you ask why it happened.

It’s sad really because this approach has given vegans and plant based eaters the horrible stigma they have. Tell someone you’re a vegan and the other person is already mentally preparing their defense as to why they’re not! And this documentary will only make this worse. Anyone who actually has an open mind and isn’t a martyr about veganism will be tarred with the ‘pushy’ brush – and I have many friends who are vegan and not at all pushy. So believe me, they do exist.

There’s 7 billion people on earth in 2019 which is an incredible number and it’s safe to say the human race has expressed their genes well. That said, the variations in genetic combinations will be absolutely huge! In old times your environment shaped your eating style. In other words, you ate what you had access to. Food wasn’t shipped to all corners of the earth and therefore people in the equatorial territories ate a more plant based diet and in contrast, those closer to the north/south hemispheres ate a more meat based diet, as crops couldn’t grow due to sheer lack of heat.

From this it isn’t foolish to assume one’s ancestry could determine the type of ‘diet’ they’d respond best to. Of course these gene lines will be mixed more and more with every passing generation but I do believe it could hold clues as to why some are high fat, low carb types and others are carb ‘sponges’.

How do you which one you are? By trying things out.

I’m not pro or anti anything. Some would say I’m enjoying my comfy seat on the fence but for anyone to say ONE SINGULAR eating style is for all of us is just ludicrous. What I am is pro self experimentation -giving things a FAIR trial and paying attention to YOUR response to them. Become a student of your body; how do you truly feel, what’s your energy levels like, your cognition, your physical performances, your moods, your appetite? Heck, what are your hormones like? How about your bloodwork?!

All of this needs to be taken into account when deciphering how good a ‘diet’ is for you. But Game Changers didn’t tell you that and nor would they, because it doesn’t support their agenda – to convert you to plant based eating and as a result, need to buy plant based protein supplements sold by the investors behind the documentary.

So who do you listen to?

It can be a real minefield figuring out who to trust when it comes to nutritional advice/info but the most important thing to suss out first, in my opinion, is whether or not the person in question is financially tied to the style of eating they’re promoting. If they are, their bias will be hefty. There’s no way they’ll care more about your well-being than the possible money you could make them. That’s just facts.

The most ‘balanced’ way to make your own judgments outside of sheer anecdotal experience is to try and indulge in BOTH SIDES of the coin. Read the pros for plant based, read the cons. Do the same for meat eating. Try to find scientific stuff, not whack job fanatical bloggers and YouTubers.

My own personal take is the right way has to be somewhere in the middle. I remember hearing Paul Chek once say your dietary requirements will change throughout your life. It makes total sense because you yourself are an ever changing organism. So it would stand to reason your diet should change, too. Paul Chek believes there’s a time and place for vegetable dominant diets and there’s a time and place for flesh/fat dominant diets. Again these sentiments echo those of being a student of your body and really tuning in to your own personal needs.

When all’s said and done, mass media platforms are never the best place to source info from. There are far too many people with inauthentic agendas behind the messages we’re barraged with daily. Let the masses be wrongly brainwashed. You’re different. You’re better than that.

Your nutritionist is a Netflix documentary? Time for an upgrade I think!