Nervous anticipation is a strange feeling; how will it go? What will happen? Are my fears justified? I realise this sounds eerily like a recovering addict’s exposure to their former vice, but let me assure you this is a tale about coffee and nothing else.

At the end of January this year I begun an experiment of giving up coffee for what initially was intended to be a nice, round figure of 30 days – one month. However, momentum is powerful and by the 30 day mark I had no interest in quashing what I’d built. So I strapped in and forged on and made it to over 90 days (3 months +).

If anyone is contemplating limiting or removing caffeine from their life and wants a step by step review, I shall list my three-part series from the beginning……..

When the majority remove something from their life or diet, they usually become so convinced that thing was a negative influence that they dare not go back to it……..ever. It’s almost like an extreme placebo effect as all you come to know is what life is like without said habit, food, person or activity. This becomes more apparent the longer you stay on your newly found path.

Having the courage to return

Even though we’re only talking about a minuscule habit of drinking coffee once, twice -sometimes thrice per day, the principles apply regardless of the scale. It takes a brave soul to blunt momentum and have faith in your ability to restart it once more. You can think of it on a much greater scale if you like. Imagine a relationship where you’ve vowed to leave each other for a while, yet you would love it to work out once and for all. You’ve found some happiness alone, but going back could be worse than before.

What then? Could you handle the worst?

No abstinence experiment is ever truly complete without return, if only for one last time; a time that shall be definitive. It’s the same with the food intolerance epidemic. We have people convincing themselves they have intolerances and never eating anything with an ounce of gluten, dairy or nuts in it again. I’ve been there with gluten. I was convinced gluten was poison to me because of all the dogma, but in recent times I’ve eaten out and consumed foods with traces of gluten and other ‘inhumane’ ingredients and not died, not needed CPR, not had 50 points erased from my IQ and I managed to resist arrest from the paleo police.

Moral of the story: Give it up. Go back to it. Assess results. Form conclusion.

What did reintroducing coffee do to me?

Initially I used it as a ‘pick me up’ – kind of what it’s intended/should be used for. I was tired and had under-slept for a few consecutive days (slap my wrist) and it masked my overall feeling of drowsiness. It also restrained the productivity vampire that had his teeth in my brain for 3 days.

Stupidly, or greedily, I nourished my body with a 12 hour sleep (very rare) and yet thought I’d try a coffee purely for taste reasons. I didn’t need it at all, but it couldn’t hurt. Well it did. It made me irritable, anxious, on edge, up for everything yet unable to decipher where this sea of energy should be aimed and above all, anti-social. I hated it. A woman complimented me on how healthy the contents of my shopping was – this happens a lot actually (#rolemodel), as she stood in front of me at the supermarket and I was genuinely annoyed by it! Usually I could talk about nutrition and food for hours. Not today though. I was irritated by the mere thought.

The next few days I returned to my unstimulated state and felt back to normal. Does this mean coffee is bad? No. Not quite. It does mean coffee works on me – and very well. It does what it should: stimulate the brain. The question is………do you really need it?

Very rarely do I. I’m highly strung and have endless energy naturally. I can talk for hours, stay up for hours and do anything for hours. It’s a blessing. 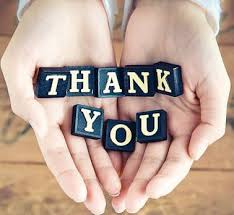 If you’re someone who has a hard time finding the energy to turn your alarm clock to snooze each morning then you may need coffee. But then I bet you keep a coffee machine by your bedside anyway.

Coffee? I’ll have a water instead, please.