I hope I’ve proved by now how willing I am to be a guinea pig for experiments. I’ll trial anything, if even for the sake of knowledge that I can share with anyone remotely interested in said topic. Today is just another day at the office!

I’ve done very low carb dieting. I’ve strictly practised intermittent fasting (anywhere from 14-18 hours fasted per day) for many many months. I’ve also ‘back-loaded’ my carbs, not consuming any in the first half of the day for over a year straight. I’ve been the epitome of a carb sponge too; eating well over 300 grams of carbs per day spread across every meal.

I don’t intend this to be a heavily science based piece. I find too many articles are formulated thanks to cherry picking of scientific studies. It’s true. We can all do it. Whatever I want to convey, I can find X amount of studies to support my argument. I can also find plenty of studies suggesting otherwise.

Who can you trust?

Many will tell you that carbs are the devil and just by cutting them out, you’ll get lean without having to figure out calories, do cardio or anything else. Some also say that unless you’re extremely lean, doing crossfit everyday, along with boxing training at night and triathlons at the weekends, you don’t really need any carbs at all. And if you do, 50 grams of boiled sweet potato on a Sunday night is enough to get you through another week. If you eat any more than that, your insulin sensitivity will diminish and fat gain will be imminent.

I fell for it BIG TIME.

Looking back, they had me…….hook line and sinker! I started back-loading my carbs; limiting carb consumption to the post workout window and on non intensive days with low activity and no workouts, I ceased to consume carbs. At the time, I must have been so spell bound by the anti-carb crowd that I genuinely thought when I did gift myself some brown rice, I’d grow wings or something – I’d be so ‘insulin sensitive’. 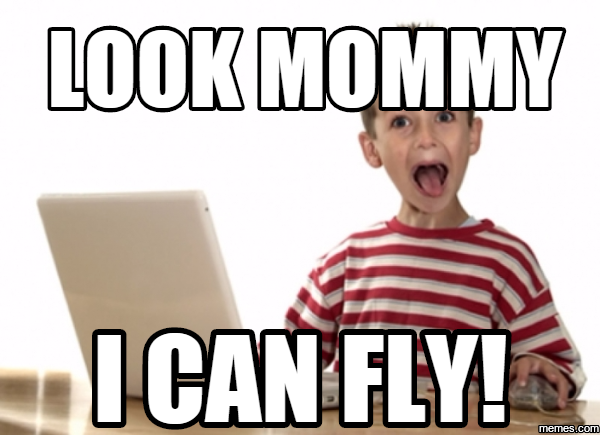 Note: I’m not making light of the significance of healthy insulin regulation among humans and its impact on overall health. But to say for those young, healthy and active, that high carb intakes are a one way ticket to insulin resistance is naive at best.

I did what most do; replace the calories from carbs with calories from fat. I was wolfing down the nuts! Nuts are a great part of a healthy diet, but to eat them in large amounts just doesn’t fly. It’s their energy density that plays tricks on us all. The actual volume of nuts is very small. In other words, a handful of nuts really doesn’t feel like much in the stomach compared to the actual caloric amount you’ve just ingested.

And this is where I – and almost all others – go wrong with the low carb propaganda……..

If you do any anaerobic activity (pretty much all forms of weightlifting), then eradicating carbs is short changing your body of its most efficient fuel source. You need stored glycogen for intense muscle contractions. You get glycogen from carbohydrates. Furthermore, carbohydrates are protein sparing which should allow you to train harder/longer without the risk of proteins (in the form of muscle tissue) being used as an emergency substitute – as would be the case in a glycogen depleted, LEAN individual.

Long story short, I got less aesthetic on a low carb diet than I did on a higher carb diet. I saw minimal to no muscle gains during my ‘adventure’ despite being in a calorie surplus.

But doesn’t only eating fat force your body to use more fat as fuel?

If you’re in a calorie deficit, I see this theory panning out quite well. If however, you’re just banking on the lack of carbs magically making you lean and sexy, you’ve got a surprise in store. Why on earth would your body burn stored body fat when it has more than enough fat coming in on a daily basis?!

If you were truly insulin resistant and had lots of weight to lose, this approach would be good. Or, if you generally have a poor sensitivity to carbs. You’ll know by testing your fasted glucose levels and recording an average whilst trialling different daily carb intakes.

(You can read more on that here)

If you feel bloated, tired, lethargic and experience gas or extreme sugar cravings, you can take any of those as subtle signs you’re not doing so great with the amount of carbs you’re eating.

Can I lose body fat on a high carb diet as long as I control my calorie intake?

You sure can! I have some more anecdotal evidence to lay on the table. I was somewhat ill this past week and something completely unknown happened – I lost my appetite. That’s like Donald Trump having no desire for money. Anyhow, I ate a calorie deficit of around 500 calories for 2-3 days and guess what’s happened this week? My weight is down a couple of pounds. My carb intake? Over 300 grams per day. Still lost weight. And…..on my first journey to getting lean, I never restricted carbs at all. I just created an energy deficit via activity and food restriction.

So can I eat an ‘IIFYM’ diet? Am I getting your blessings?

No blessings from me. Sorry. I will concede though, as I have before, that you can lose body fat on an ‘IF-IT-FITS-YOUR-MACROS’ diet. You absolutely can. It’s been proven. BUT, you will not feel anywhere near as good as you will on a wholefoods diet. Organic fruits and vegetables are worth more to your body than pizza and oreos. Your diet should leave you with minimal to no nutritional deficiencies.

What about ketogenic diets, don’t some people thrive on them?!

I bet some of you were thinking by now I wouldn’t touch on keto diets, well here we are. I’m well aware of many keto adapted athletes, but we must accept they’re a minority. Ketogenic dieting gets a bad rap because people don’t give it the required adaptation time. From all the literature I’ve seen, they take a solid 14 days to adapt to – sometimes much longer. Our ‘get it yesterday!’ mentality is generally the main reason why keto diets get bad press. We just don’t give them a fair chance.

I think people’s response to a keto diet is very genetically influenced. As mentioned earlier, we all have wildly varying tolerance to carbohydrates. I am very intrigued by the ketogenic diet and may very well give it a 90 day test drive in the near future. Seeing as I handle carbs pretty well, it will be interesting to see me on the other end of the spectrum.

Carbs or no carbs at breakfast?

Going against the grain, I find I’m better satiated with a balanced meal; carbs, protein and fat – maybe even fruit too. When I tried to ‘back-load’ my carbs, I found it just made me long for them. And when I finally was ‘allowed’ them, I had a ‘get it while you can’ mentality. You may be different though. We all are. When all’s said and done, productivity and well being are priority number one. The best eating style is the one you can stick too, stress free. Don’t forget that.

Why don’t you just drink coffee? That will kill your hunger just fine!

I used to drink 2-3 cups each morning like it was my praying session. You’re right, it does kill carb cravings, but at what expense? Being caffeine dependant is not the place to be. I’m in the midst of being caffeine free for over 40 days now and have never looked back. People say I’m calmer, and I am. My sleep is the best it’s been for years and my gym strength is equal or better than it was and it’s not from an external source.

(Read all about my caffeine-free adventure here)

But hey, if you’re sleeping fine with coffee on the daily and aren’t tense, snappy and anxious, have at it! Your tolerance is evidently better than mine. And that’s just it: We’re all different. If you don’t play around with these things, you’ll have no right to comment and express valid thoughts and observations.

Low carb diets are notorious for affecting sleep quality. Carbohydrates stimulate serotonin production (a relaxation neurotransmitter) which promotes a restful state – one conducive to sleep. If you’re not sleeping well, you certainly won’t be recovering well. When you’re not recovering well, you won’t be progressing well. It’s progress that drives overall performance and performance is best when energy is readily available; which comes in the form of carbohydrates.

Short term, I can see low carb diets having their place. Who for? Well, my parents would be prime candidates. They don’t exercise. They’re virtually alcoholics. Their diet consists of 95% processed, junk food. They’re overweight and look 10 years older than they actually are. I wouldn’t endorse a carb rich diet for them until they got lean and healthier. I might change my mind though if they decided to get up off the couch and start exercising for once!

Energy turnover will always reign supreme, but don’t forget the necessity for micronutrients.

I’m off to eat some Quinoa.

33 thoughts on “Carbs and fat gain: What 2 years of experimentation taught me” Leave a comment ›

5 Different Ring Muscle Up Transitions 👀
Ego lifting VS Actual training...
The very FIRST Vs the present day 👀
WEIGHTED & S-L-O-W...
First slow bar muscle up since injury/2018. Putting it on the grid as it was popular on stories 😁
Top Strength TRANSFORMATION 👀

Straight Talking Fitness Carbs and fat gain: What 2 years of experimentation taught me
%d bloggers like this: