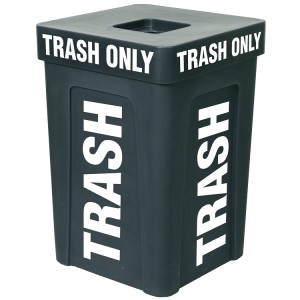 I get it, you want this year to be good. You told everyone on Facebook how well you did last year. You grew. You fought. You came back better and stronger. After everything life threw at you, you still stood up straighter…….

But did you really, motherfucker?

Or did you just write that out because you saw more than 50% of the ‘friends’ you follow do the same? Did the words flow because in your head you’d love to believe them? See, I can type anything here and try to convince you I’m anything but unless you meet me or know me, you’d be foolish to believe a word of it.

What am I getting at?

If you want to tell the world you’ve changed, try actually fucking changing instead of repeating the same shitty old doomed habits that kept you moaning in 2018. You can wrap shit up in a rose covered box but you can’t stop it smelling.

The only way I’ll ever believe you’re different is IF I see your behaviour change. And it’s funny how all this transformation bullshit comes crawling to the surface at the start of a new year……..the real growers, doers and success chasers are doing this shit all year round. January 1st is nothing more than a mere date on an ever moving calendar.

So, while we’re on the topic of people who never seem to meet their quota, let’s go over some traits to watch out for in order for you to have a better circle. One that won’t bring you down and one that actually does instead of says…….

Anytime someone tells you something bad they experienced, ask yourself did they acknowledge any involvement on their part? If they didn’t, ask yourself have they done this more than once? What a shock, they have! This is your classic complaining victim who always seems to suffer at the hands of others. There’s a rule I like when it comes to dealing with people and tough times: the sooner you realise you’re responsible for the way the world treats you, the sooner you can do something about it.

Anyone who is constantly sympathy seeking and protesting the world never goes right for them is one to keep yourself as far away as possible from.

The pick you up, put you down puppet master

These are otherwise known as ‘fair weather friends’. People who say they’ve got all the time in the world for you but only when you serve them. They may want money or advice or you to serve whatever purpose they’ve cooked up in their own desperate heads. True friendship works on a level basis; you’re there for people even when you gain nothing because you genuinely value them in your life. Again, we can all say we’re ‘best friends’ with people while only ever contacting them when it suits us but that makes us a piece of shit, frankly.

Anyone who messes you around, cancels on you or treats you like you’re disposable should be treated one way for all: like the trash they are and thrown out.

Again, tying in nicely with the words and actions misaligning sentiments from earlier, watch out for anyone who claims they would never do X, Y or Z and then goes on to do it anyway. This is a sly and cowardly form of judgement and double standards. More often than not these fuckers always point fingers and try to create some form of false ‘holier than thou’ image of themselves by making claims based on precious little evidence.

I always try to treat people as I’d like to be treated and one of the most insulting things one can do is berate people for something they themselves would do – and often times do to an even stronger magnitude than those they snub in the first place.

Bottom line: hypocrisy is a form of manipulation. These fuckers get a sense of superiority by judging others, while hiding their own shitty characteristics. Keep your wits about you. Remember what people say and do. Hold them accountable. You don’t need hypocrisy in your life.

When anyone asks me how I get my personal training clients I always say: let them come to you; let them buy you. Don’t sell to them. People don’t want to be sold to, they want to buy. There’s a difference. We’re not so stupid as a society to not see what’s good and what’s bad, what’s true and what isn’t. With this in mind, when anyone tries to tell you they’re a certain way or possess certain qualities over and over, it’s usually because they don’t believe it themselves but they want to. They fantasise about being the image in their dreamy head but they know (and fear) deep down they’re quite the opposite.

Think of it as a form of over-compensation for what they lack. If this doesn’t make complete sense yet, think about people you respect in your life for their standout qualities……….do those people keep telling you they’re that way or do they merely let everyone they encounter make their own judgement and do the labelling for them?

Never let anyone tell you they’re something you can’t see any real world evidence of. Boasting and self proclaiming are two of the BIGGEST traits of an insecure mind, beware.

The giver of excess compliments (aka the ‘nice’ guy)

People think you have to be nice to be nice but being surrounded by constant ‘niceness’ can be more dangerous than exposure to malevolence or hardship. If you spent the rest of your life being told how good you are and never received any criticism (constructive or else), you would never achieve anything. What I’m making a case for here is TOUGH LOVE.

We’re so quick to flick our tail up in response to anything other than ‘niceness’ for fear of being anything other than whatever stupidly distorted image of ‘perfect’ we have in our head, when in reality criticism is like a chainsaw; you can carve out something magnificent with it or you can destroy your world…….it’s up to you.

If someone tells you you’re beyond perfect how you are and tries to shut you up when you vocalise your own faults in a civilised manner, beware. These people don’t want you to grow, even if they say they ‘love you’. Love is wanting someone to become the very best version they can of themselves and for this to happen you must face hardship. With hardship comes truth, comes reality, comes pain and comes criticism. Being praised for failures will keep you a failure.

You want those in your corner who will celebrate your victories for a moment and then swiftly remind you of all the other things you still need to achieve, in order to leave the mark on this world you so desire. You want those in your corner who put a soft arm around you when you sob after the most bitter defeats but they’re still brave enough to tell you what they think you did wrong. They’re not being spiteful; they love you too much to let you dwell in self pity for too long.

Self pity is poisonous and should be a passing emotion, not a personality trait. If you become personally identified with self-pity you’re on a gloomy downward spiral.

Seek friends who aren’t afraid to take a deep breath and tell you things they know are going to be hard for you to hear, because these are those who truly want the best for you.

I pray you manage to stay free of anyone possessing all these traits as undoing the damage of these encounters is no easy task but it’s definitely possible. You’ll never really influence who has these traits but one thing you can control is whether you have them or not. Remember, we tend to attract those similar to us. Good traits attract good traits. Get your own life in check and what you put out in this world will come back at you like a spring loaded boomerang.

Straight Talking Fitness A 5 Point Checklist For Filtering Sh*t People From Your Life
%d bloggers like this: