Russian tennis player Maria Sharapova being ‘popped’ for using a banned substance is one of the biggest drug scandal stories in recent months. Although, as always, just because something isn’t being featured on premier news, doesn’t mean it’s not happening. And there are plenty more cases this year alone involving the very same drug Maria tested positive for.

But figure skaters, biathlon competitors and 1500 metre runners aren’t as worthy of front page news as a top 4 ranked women’s tennis star. Upon initial inspection it would seem Sharapova is the only athlete caught using meldonium, when in fact, there’s been 55 athletes across an array of sports caught using it since the beginning of 2016 – when it happened to become an officially banned substance by WADA (World Anti-Doping Agency).

I’ll keep this brief. Meldonium is a drug responsible for oxygen uptake. It is generally prescribed to those suffering with heart conditions such as angina, and it can also clear fatty tissue build up in arteries. To top it all off, you also get a stimulant effect from this drug. Meldonium stimulates the nervous system in a similar fashion to caffeine, making users feel ‘sharper’ and ‘more alert’.

Why would Sharapova take it?

Tennis is massively an endurance sport. Some matches (particularly mens) span the 5 hour mark or more sometimes. It’s not uncommon for women’s matches to near the 4 hour mark either. Increasing oxygen uptake is going to have a profound effect on endurance. One of my favourite sayings is: “fatigue makes cowards of us all.” It really is irrelevant how good you are at something, when you’re fatigued, you’ll be a downgraded version. If meldonium could stave off the fatigue barrier by an extra half hour to an hour, that could make the difference between a winning performance or a losing one.

Maria Sharapova claimed she’s been using the drug for a decade because she has a family history of heart problems and diabetes. And let’s be honest, what else could she say other than what the drug is intended for? Could she say she’s using it to increase oxygen uptake that allows her to perform her sport better? No. That would definitively classify her as a ‘cheater’. I’m naturally sceptical, but something in particular about this story feeds my scepticism………

If you really had a strong history of diabetes and were truly conscious of this condition, would launching a candy line be top of your ideals and aspirations? It’s highly publicised that refined sugar is one of the leading causes of diabetes and metabolic syndrome in the world.

‘Sugarpova’ is Maria’s brand of sweets that have been sold globally. I think we all know sweets are a good example of foods NOT to be eaten by those looking to improve insulin function and diabetes risk. I beg the question, is diabetes really all that big of a deal to Maria Sharapova? Would you really support the cause of something you’re so ‘at risk’ of? There are people who spend their lives campaigning, taking part in fundraising and giving away hours of their free time to help those suffering with cancer and various other chronic diseases. All because they’ve been deeply affected by these conditions either directly or indirectly.

I used to be overweight and would eat junk food at every meal. Yes, EVERY meal. I was a teenager and largely under the influence of my parents who are still, to this day, overweight and junk food eaters. As you can tell, I turned myself around and the rest is history – here we are today! But I felt the effects of that lifestyle and still see the effects daily. Suffice to say it’s left me with strong feelings on junk food and nutrition in general. I haven’t eaten takeaway food for years. Yes I’ve ‘cheated’, but my cheating is never fast food. Never. The last thing I would do is associate with junk food. It goes against everything I believe in and stand for. To do so would be to flip my moral compass upside down.

What about the MONEY?!

Don’t worry, I’m aware of the prevalence and power that money entails in the modern world, and I think we’re getting down to some answers now. Does Sharapova care for money more than she does for her ‘family history of diabetes’? She has/had endorsements and sponsorships coming out of her eyeballs. She was among the highest paid athletes in the world for many many years running. Why? Because she was winning and was marketable, and she made herself marketable. She saw the opportunity. And there’s nothing wrong with that, maybe I should try it sometime too.

Winning in sport breeds money. Status and fame brings money from sport. You don’t get that if you’re not winning and way down the rankings list where only the connoisseurs know who you are. Big winners will do anything in their power to do just that; win.

Would they use a drug offering performance enhancing benefits that’s relatively unknown and excluded from WADA’s banned substance list? You be the judge.

This is where things get a little controversial. As you probably know by the style of my writing and the topics I’ve covered, I’m very far from naive when it comes to the presence of drugs in the both the sporting world and the fitness world. The meldonium scandal just proves what many others have said for years: There are countless concoctions and substances that exist which are yet to be deemed a ‘banned’ substance by WADA. As we’ve seen, athletes have been abusing meldonium for over a decade prior to WADA including it on their updated list of banned substances.

It begs the question, what are today’s athletes using that may be banned a decade from now? Whatever these substances are, the benefits will be the same then as they are now.

If sports were truly 100% natural, the standards would plummet

Guys like Jason Blaha, Harley Johnstone (durianrider) and even NattyOrNot.com probably get more overall hate than love purely because they’re vocal about drug use and people don’t like hearing hard truths. But face it, would you watch UFC fighting if the guys were running around after each other with feather dusters? Would you still watch tennis if the top guys had to withdraw from the final because they couldn’t recover from a 4-5 hour semi-final marathon in a mere 48 hours? At the 2012 Australian Open, Novak Djokovic triumphed in an epic 5 hour semi-final match with Andy Murray and went on to top that by winning a 6 (SIX) hour match with Rafael Nadal in the final. All with a measly 48 hours in between.

What about powerlifting and even Youtube fitness? We don’t want to watch what we can do. We want to watch the extreme shit. Guys benching over twice their bodyweight. People snatching twice their bodyweight. We all love watching CT Fletcher and friends having their 5000 rep arm workouts that last 3 hours. We want to get away from normality; we want things amped up. Big time. 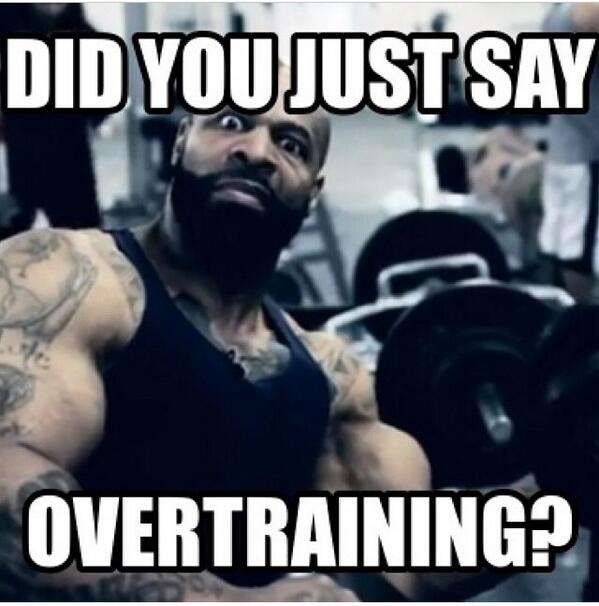 Sure, speaking personally, it would be interesting to see all sports played with 100% natural participation. But the majority won’t share this opinion. They don’t want to see 10 second 100 metre sprints and hundreds of pounds reduced from powerlifting meet totals. And it’s all due to an inherent ignorance to the power of PEDs (performance enhancing drugs). It’s just hard work, dedication and the right parents, isn’t it?

The global market won’t share this opinion either. Sport brings in millions upon millions – and just how much dollar signs are accumulated depends on the popularity of the sport in question. The more widespread and mainstream something is, the more money is involved. Take the NFL for example.

Whenever money is involved, the stakes are raised by default. It’s part and parcel. To think there aren’t many more where Maria came from doing the same thing would be – to put it politely – gullible.

What does the future hold?

Maria Sharapova is getting banned from tennis. The extent of her ban is still yet to be confirmed. I think this is a reasonable outcome. She’s also been dropped rapidly by a large percentage of her sponsors and ‘partners’. How she will come back from all this is yet to be seen. She had an injury that sidelined her a few years back and she clawed her way back to the top despite the setbacks. This, however, is quite different. This isn’t physical, this is her reputation, her integrity, her status and her character. Will she be trusted again? Will her achievements be seen in a lesser light?

We shall see. Although I would keep a keen eye out for who’s next to be caught using PEDs because she’s certainly not alone. It just happened to be one of the biggest names out there and that’s why people care all of a sudden.

6 thoughts on “Maria Sharapova: A cheater or simply fighting fire with fire?” Leave a comment ›